A Quarantine Activity Option (The Next Installment) 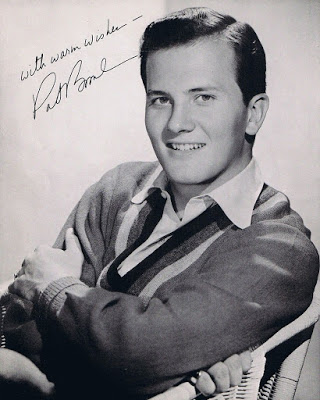 Last week’s Vital Signs Blog post (“A Quarantine Activity Option”) outlined our plan to do something for the residents of the 12 senior living/senior care facilities where (due to the China coronavirus quarantines) our “When Swing Was King” shows have been cancelled this month. As I mentioned in that post, we wanted to do a little something to help the residents occupy their time as well as to know that we are thinking of them and lifting prayers to God in their behalf. We print below today’s activity project…and please know that the primary reason we do is so that you can copy it and send it along to the seniors in your family, church family, neighborhood, and local senior care facilities.

Here from Denny & Claire, your “When Swing Was King” friends, is our latest activity project. We send it along, of course, in hopes that it might provide a little break from the quarantine blues, but also to remind you that you are all in our thoughts and, more important, our prayers. Hoping to see you soon in person!

1) Which of the following is NOT a Pat Boone hit record?
a) “Lonely Street”
b) “Love Letters in the Sand”
c) “Moody River”
d) “Speedy Gonzalez”

4) The comic strip that included the characters of Peppermint Patty, Linus, and Pigpen was:
a) Katzenjammer Kids
b) Family Circus
c) Peanuts
d) Huckleberry Hound

7) What award-winning 1947 Christmas movie was set in New York City, began its action on Thanksgiving Day, and featured Kris Kringle hauled into court.
a) Miracle on 34th Street
b) Shop Around The Corner
c) Christmas in Central Park
d) Going My Way

8) What Broadway musical includes the songs “Bali Hai,” “Some Enchanted Evening,” and “I’m Gonna Wash That Man Right Out of My Hair”?
a) Brigadoon
b) Kiss Me Kate
c) Kismet
d) South Pacific

9) The 1948 World Series was the first to be televised on a national network.  And it was the first World Series that included an African-American pitcher (Satchel Paige). Who were the teams involved? (Hint: one of these teams would be moved in 1953 to Milwaukee.)
a) New York Yankees and Los Angeles Dodgers
b) Boston Red Sox and Kansas City Royals
c) Boston Braves and Cleveland Indians
d) New York Yankees and Pittsburgh Pirates

10) The famous “Road pictures” featured what team of Hollywood stars?
a) Laurel & Hardy
b) Crosby, Hope, and Lamour
c) The Marx Brothers
d) The Three Stooges

11) Most of the most popular records in the year 1940 came from the big bands or crooners like Crosby. However, a relative unknown by the name of Cliff Edwards scored a number one hit after singing it for the soundtrack of a Walt Disney movie. What was the song?
a) “Zip-a-Dee-Doo-Dah”
b) “As Time Goes By”
c) “When You Wish Upon a Star”
d) “A Tisket a Tasket”

12) And what was the Disney movie referred to in the above question?
a) Pinocchio
b) Song of the South
c) Sleeping Beauty
d) Fantasia

15) Led by “Mr. Inside” (Doc Blanchard) and “Mr. Outside” (Glenn Davis), two sophomores who would win the Heisman Trophy in 1945 and 1946 respectively, this team was the undefeated NCAA football National Champions in 1944.
a) Army
b) Notre Dame
c) Ohio State
d) USC

16) It was in 1951 that the Topps Company first released what form of collectable items?
a) Hula Hoops
b) Baseball cards
c) Barbie dolls
d) Kewpie dolls

19) Making its debut as a comic strip in 1948 was a gem by Walt Kelly. Set in the Okefenokee Swamp, its characters included Albert Alligator, Churchy LaFemme, and Howland Owl.
a) Pogo
b) Fearless Fosdick
c) Lil Abner
d) The Katzenjammer Kids

20) What smash Broadway hit contained the songs “The Surrey with the Fringe on Top,” “Oh, What a Beautiful Mornin’,” and “People Will Say We’re in Love”?
a) Guys and Dolls
b) South Pacific
c) Oklahoma!
d) The King and I

21) Which early TV series was introduced by the music of Rossini’s “William Tell Overture”?
a) The Shadow
b) Johnny Dollar
c) Dragnet
d) The Lone Ranger

22) Which of the following is NOT an Elvis hit record?
a) “Love Me Tender”
b) “Only the Lonely”
c) “Jailhouse Rock”
d) “Are You Lonesome Tonight?”

23) What songwriter gave us “Begin the Beguine,” “Anything Goes,” “Night and Day,” “True Love,” “I’ve Got You Under My Skin,” and many more terrific songs?
a) Irving Berlin
b) Cole Porter
c) Oscar Hammerstein II
d) Hoagy Carmichael

24) It was in 1952 that the first episode aired of a TV show featuring a real-life family. Originally begun on radio, the show would become a huge TV hit. It featured two sons (one who would become a successful pop star) and parents who had been stars in their own right in the big band era. That show was:
a) Make Room for Daddy
b) The Donna Reed Show
c) The Adventures of Ozzie and Harriet
d) Father Knows Best

26) Yank magazine named this singer as the man who had done the most for the morale of American soldiers at war during World War II.
a) Bing Crosby
b) Frankie Laine
c) Perry Como
d) Frank Sinatra

27) “Who knows what evil lurks in the hearts of men?” was the introduction to one of the top-rated daytime radio shows of all time. That show was?
a) Inner Sanctum
b) The Whistler
c) The Shadow
d) Suspense

28) Which of the following was NOT part of the Jack Benny radio cast?
a) Phil Harris
b) Eddie Anderson
c) Dennis Day
d) Red Skelton

29) In 1945, a young English actress famed for her beautiful eyes starred in a film called National Velvet. Who was she?
a) Olivia DeHaviland
b) Elizabeth Taylor
c) Joan Collins
d) Vivien Leigh