The 2021 Lincoln Walk for Life: In Photos and Text

There were several elements of this year’s Walk for Life (organized by Nebraska Right to Life) that made it an especially moving event. The cultural meltdown of the past year. The corruption, socialist extremism, and slavish dedication to abortion of the incoming administration. The sad awareness that NRL’s champion Julie Schmit-Albin is no longer at our side. All of these made the mood more somber than most.
Somber but not despairing. Serious but not anything but defeated.
Indeed, the faith, hope, love, wisdom, and perseverance that has marked the pro-life movement these last 5 decades was on full display at the Walk for Life. And, by the grace of Almighty God, we will see these virtues continue to shine in whatever darkness comes against it. In fact, for more on this matter (and before you scroll down to the photos), you might want to note the remarks I prepared for the crowd in front of the Capitol where the Walk began. Here they are…
“Thank you, Sandy. And good morning pro-life Nebraskans!  As Sandy suggested, Claire and I have been involved in pro-life ministry for a long, long time.  And though it’s always been a tough, controversial, even confrontational undertaking, the days ahead will undoubtedly be tougher still.  Indeed, as we enter a new year dominated by fear, political injustice, cultural chaos, economic meltdown, and moral cowardice, we need to be ready to carry on the fight with greater resolve than ever before.
“And to help encourage you in this mission, I have a little story for you — one taken from JRR Tolkien’s masterful Lord of the Rings trilogy.  Now, as a Baptist preacher, I’m usually using a different text for public exhortations, but I trust you’ll allow me to take this liberty.  The scene I’m drawing to your attention comes from the last book in the trilogy.  The brave hobbits Frodo Baggins and Sam Gamgee are struggling through Mordor on their way to Mt. Doom and, in this terrible moment when Frodo is nearly overcome with despair, fatigue, and dread, he turns to his dear friend and moans, ‘I can’t do this, Sam.’
“At which Sam Gamgee, one of the most wonderfully heroic characters in all literature, responds, ‘I know.  It’s all wrong. By rights we shouldn’t even be here.  But we are.  It’s like in the great stories, Mr. Frodo.  The ones that really mattered.  Full of darkness, and danger, they were.  And sometimes you didn’t want to know the end, because how could the end be happy?  How could the world go back to the way it was when so much bad had happened?  But in the end, it’s only a passing thing, this shadow.  Even darkness must pass.  A new day will come.  And when the sun shines, it’ll shine out the clearer.  Those were the stories that stayed with you.  That meant something.  Even if you were too small to understand why.  But I think, Mr. Frodo, I do understand.  I know now.  Folk in those stories had lots of chances of turning back only they didn’t.  They kept going.  Because they were holding on to something.’
Frodo then asks, ‘What are we holding on to, Sam?’
“The answer? ‘That there’s some good in this world, Mr. Frodo…and it’s worth fighting for.’
“My friends, we have things good and worth fighting for too – the biblical ideals of truth, justice, and the sanctity of human life. So the decision of these two characters must be, in real life, our decisions too. Oh yes; we have a God-given opportunity to be heroes just like Frodo and Sam, Merry and Pippin, Aragorn and Gandalf, and all the rest of that noble fellowship of the ring. We too must carry on with our part in the adventure story God has written us into.  True enough, it’s a story that has real danger, real enemies, and real sacrifices. And yet it has spiritual rewards that are unimaginably rich and fully deserving of our boldest efforts.
So, what do you say? Let’s get after it.” 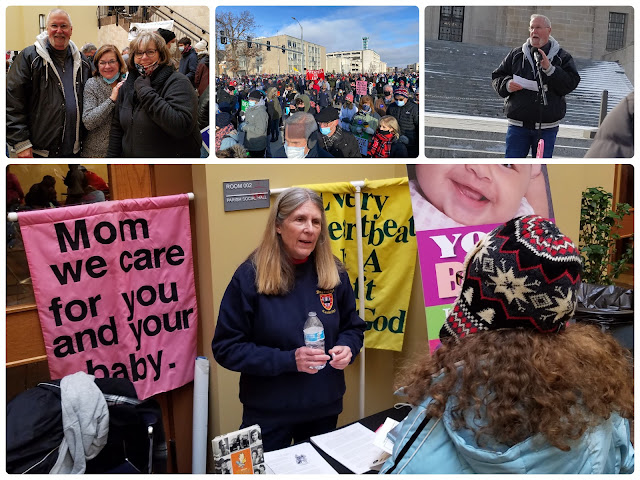 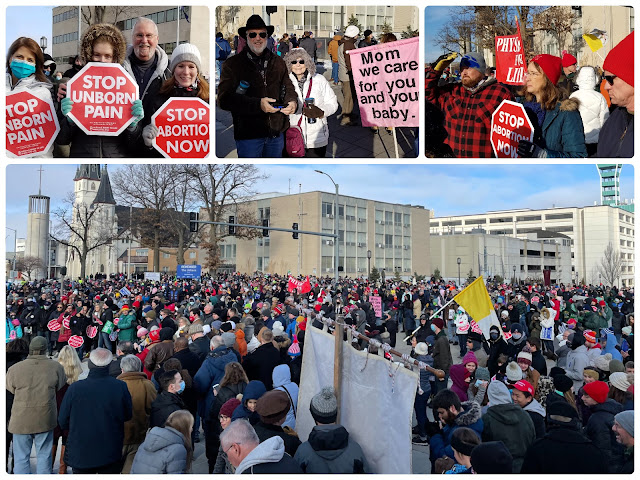 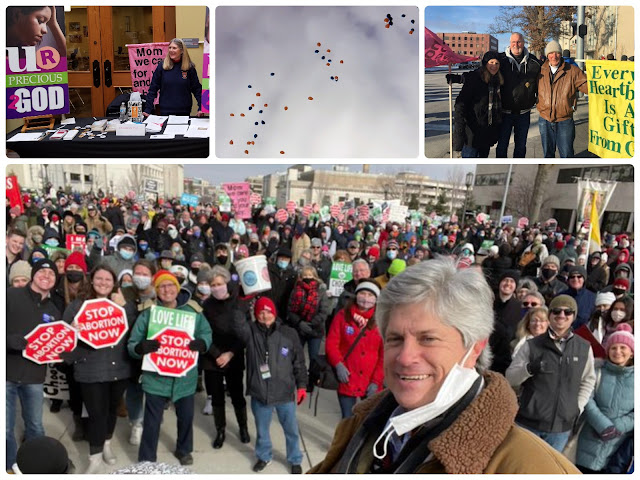 There were some noteworthy highlights of the Walk for us. Meeting new friends is super. and, seeing old friends is always a delight. Among the latter group were Julie Lostroh, Barb McPhillips, Sandy Danek, the Maleks, the Coppis, the White family, Sue Stich, Gov. Ricketts, Congressman Bacon, Congressman Fortenberry, Lt. Gov. Foley, and dear friends from Faith Bible Church where I was the “perennial guest speaker” for 7 years.

In addition, the church we attend now (Grace Bible Church) set a record for attendance. For in addition to Claire and me there were 10 others: Stephen, Jeff, Joanna, Sheri, Scott & Laura Powers (and two of their kids), and Rob & Hope Golden. Joanna was also joined by her sister Robin.

Also, activity at our literature table was brisk this year, not only because everything we have there is always free, including even the Why Pro-Life books by Randy Alcorn and the Narnia buttons that were new this year). Thank you to everyone who came by.