Uh, Just Who Is the Mean President? 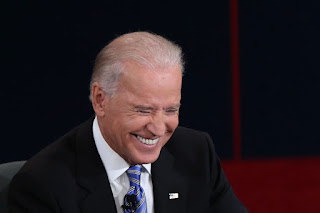 This is in addition to Biden’s insistence that Planned Parenthood, the mega-abortion corporation that is already dripping with millions of dollars in excess profits, will receive even more money from U.S. citizens.

These draconian policies are, of course, opposed by more (much, much more) than half of the American public.  Indeed, these Americans find Biden’s abortion policies barbaric, disgusting, and unjust in the extreme.

But it’s tragically obvious that President Biden (he who laughingly claims he is still a Catholic), doesn’t care a whit about the convictions or consciences of these Americans…no more than he cares about the democratic process, the teaching of the Catholic Church, or the lives of those hundreds of thousands of preborn boys and girls who will die because of his cruel and tyrannical actions.

And the newspapers said it was Donald Trump who was divisive and mean?